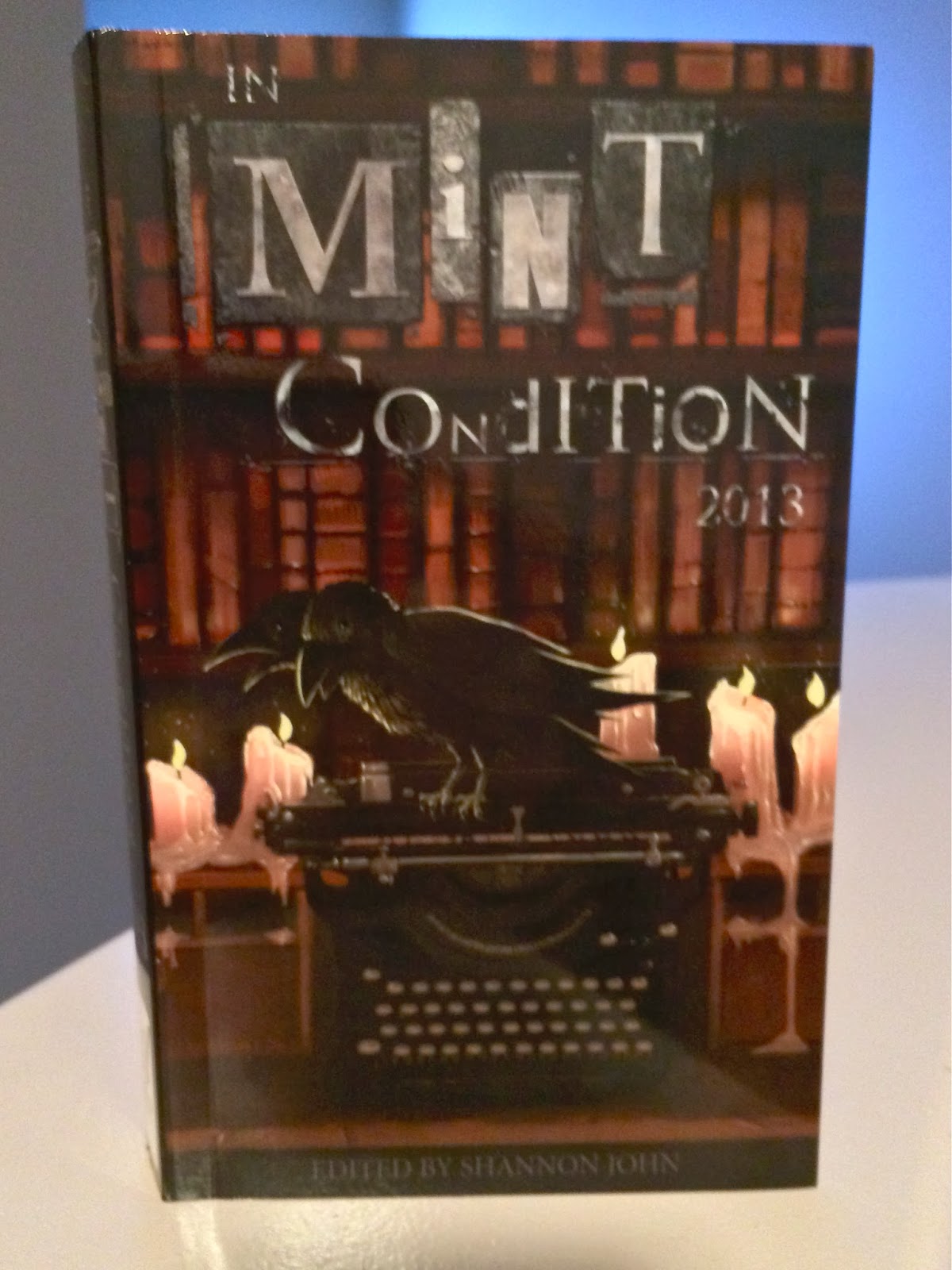 "In Mint Condition" - It is a phrase that has become very familiar to collectors. Whether you are a collector of fine books, antique watches, baseballs cards, or comic books, you are always looking for something in mint condition. To be in mint condition, that special something must be of the highest quality. The best of the best.

Taking that idea and running with it, Ambannon Books has collected the very best in brand new, never-before-seen short stories, creative non-fiction, and poems, exclusively from the members of the leading Stephen King fansite on the internet, TheDarkTower.org. Each entry in In Mint Condition: 2013 has an accompanying piece of artwork from some of the biggest names in the business.

Join us on a journey through sixteen stories and poems of unspeakable horrors, inspirational bravery, alternate realities, and the dark side of things that seem so familiar, yet are simply waiting to consume you.

In the fashion of masters like Stephen King (whom the editor  is an obvious fan of - see the advertisements interspersed within the book) and Alfred Hitchcock, In Mint Condition 2013 is an anthology of 16 short stories and poetry written with the effect of a horror story/dark literature complemented with a facing page of art.

As a teen fan of Stephen King, I had enjoyed the odd horror/dark literature though I haven't read from that genre in many years.  However, when approached with the offer to read In Mint Condition 2013 I was willing to revisit that fascination.  The cover of this mass market paperback features a fine looking collection of books on shelves offset by a black crow perched upon a typewriter, surrounded by lit candles illuminating the scene which held promise of things to come.  I have to admit it was this cover art which captured my attention from the first and I had to read this collection!!

The short story The Receptionist is a piece of work that set my mind reeling in shock at the revelation of the truth behind the facade!  And this was near the beginning.  What further surprises were in store, I wondered.

The Rule of Three...."I believe the stress must have overpowered his sanity,".... there's a lot of loss of sanity I'm thinking.

Pumpkin....a twist on assisted fertilization of sorts.  Will the mother be surprised!

As horror stories go, a lot of them deal with death occurring in a most untimely and often grotesque manner.  In Mint Condition 2013 is much the same, leaving not a lot to the imagination but not so graphic as to upset.  Mature language and situations along with the content make this a book not for the faint of heart or sensitive readers.  Think Alfred Hitchcock's The Birds.  Get your horror on!  What was I thinking as a teen, I shake my head and wonder now.  Wow.

In Mint Condition 2013 is the premier publication for a new publisher, Ambannon Books. The sixteen short stories and poems were written by members of TheDarkTower.org, a Stephen King fan site on the internet. Copies of the book are available through the publisher at www.AmbannonBooks.com.