News to Me: Adventures of an Accidental Journalist

I began following Laurie Hertzel's blog "Three Dog Blog" a few months ago.  I enjoy her manner of writing, her gift of storytelling, her honesty and her humour.  When she announced her book News to Me: Adventures of a Accidental Journalist was to be released soon, I was excited.  I am a writer in the making, so to speak, and have loved following her journey to publication, her book tour, and her adventures along the way.


Laurie began her career in journalism at a little newspaper in Duluth, Minnesota.  Predominately an industry of the typical male journalist in the 1970's, Laurie started as a newsroom clerk, working her way up until she reached the status of journalist.

News to Me follows Laurie's climb through the ranks in the newspaper industry.  Her visits to Russia, the time she was assigned to follow a mail carrier for a day during the Christmas busy season, her story about the first person in Minnesota to die of Aids are all chronicled here.
Previous reviews have mentioned the brevity of her stories in this book.  But it is not a novel, nor a typical memoir.  It is a report of early years in journalism when it was not a woman's industry and Laurie's experiences as that industry changed with the times.  It is the evolution of journalism from the standpoint of one who lived it.
Laurie's journalist work has been awarded numerous national awards and her short work of fiction won the Thomas Wolfe Fiction Prize. She is now the book editor at the Star Tribune in Minneapolis. 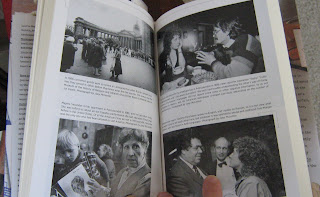 The challenges, the triumphs, and the journey, all as I imagined them to be and more. An interesting read for the journalism major and the common layperson alike, this book is one I'd recommend. 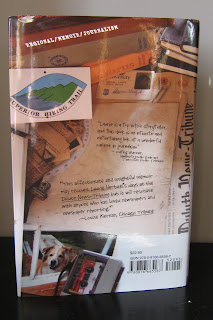 News to Me: Adventures of an Accidental Journalist copyright 2010 by Laurie Hertzel.  Published by University of Minnesota Press.  204 pages.
Posted by Shirley at 12:38 PM 7 comments: