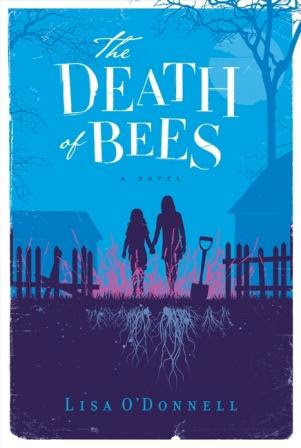 
Today is my birthday.

Today I am fifteen.

Today I buried my parents in the backyard.

Neither of them were beloved.

Marnie and her little sister, Nelly, are on their own now. Only they know what happened to their parents, Izzy and Gene, and they aren’t telling. While life in Glasgow’s Maryhill housing estate isn’t grand, the girls do have each other. Besides, it’s only a year until Marnie will be considered an adult and can legally take care of them both.

As the New Year comes and goes, Lennie, the old man next door, realizes that his young neighbors are alone and need his help. Or does he need theirs? Lennie takes them in—feeds them, clothes them, protects them—and something like a family forms. But soon enough, the sisters’ friends, their teachers, and the authorities start asking tougher questions. As one lie leads to another, dark secrets about the girls’ family surface, creating complications that threaten to tear them apart.

Written with fierce sympathy and beautiful precision, told in alternating voices, The Death of Bees is an enchanting, grimly comic tale of three lost souls who, unable to answer for themselves, can answer only for one another.

My Review:
The Death of Bees is a shocking coming of age story of two young impoverished, neglected and abused girls growing up in Glasgow, Scotland.  In any other story, this information would leave the reader reeling and possibly put off but in The Death of Bees, author Lisa O'Donnell writes with heart, conveying the thoughts and feelings of three main protagonists in brief chapters; each chapter dedicated to and narrated by a character, and as she does so, she lights a fire within the reader that champions the proverbial underdog.

Secrets are the underlying current in this novel and as each individual's secrets are revealed, their fears and their hopes; the three protagonists, Nelly, Marnie and Lennie, provoke feelings of empathy from the reader.  Despite life circumstances, each is trying to make their own way in a difficult world and the greatest blessings are revealed when the three lost souls find eachother.

The Death of Bees is a story of sisterly sacrifice, of enduring love, the need to protect another, and the scorn of a society.  But it's not all grim, in fact Ms. O'Donnell has a way with a tale that offers hope in even the most dismal situation by revealing the very hope her characters cling to.  It's a hope we all know as we travel this lifetime through.  It's humanitarian hope for a better world.  The Death of Bees is a relatively quick read that, no matter your station in life nor your prejudices, opens your eyes and your heart.

Lisa O’Donnell won the Orange Screenwriting Prize in 2000 for The Wedding Gift and, in the same year, was nominated for the Dennis Potter New Screenwriters Award. A native of Scotland, she is now a full-time writer and lives in Los Angeles with her two children. The Death of Bees is her first novel.