A Powerful Tale in "The Book Thief" by Markus Zusak 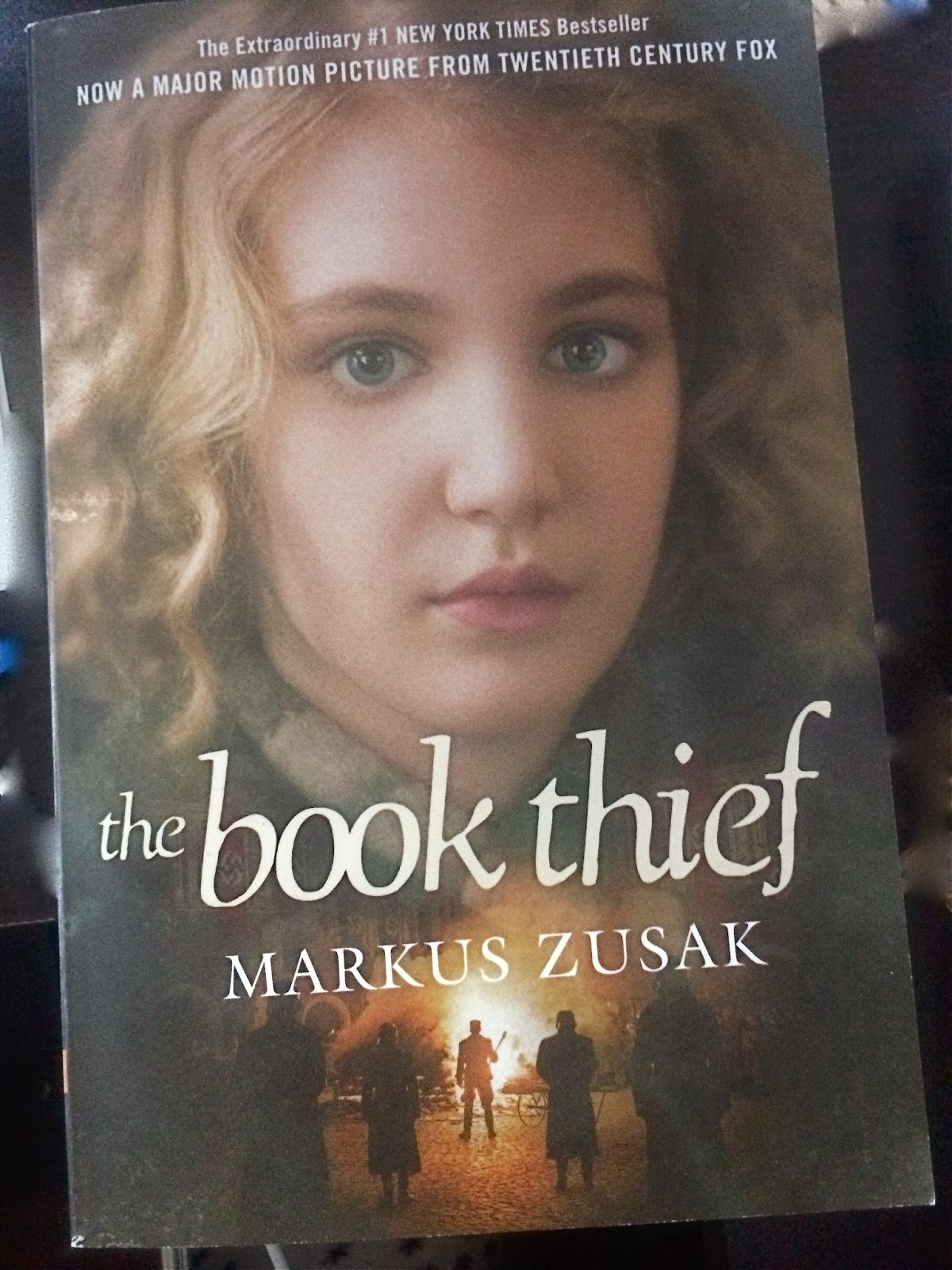 Source:  a copy was given to me by the publisher.  Receipt thereof has no influence over my opinion of this novel nor this review.

It is 1939, Nazi Germany.  The country is holding its breath.
Death has never been busier, and will become busier still.

By her brother's graveside, Liesel Meminger finds her life changed when she picks up a single object, partially hidden in the snow.  It is The Grave Digger's Handbook, left there by accident, and it is her first act of book thievery.  So begins a love affair with books and words, as Liesel, with the help of her accordion-playing foster father, learns to read.  Soon she is stealing books from Nazi book burnings, the mayor's wife's library, wherever there are books to be found.

But these are dangerous times.  When Liesel's foster family hides a Jewish man in their basement, Liesel's world is both opened up and closed down.

In superbly crafted writing that burns with intensity, award-winning author Markus Zusak has given us one of the most enduring stories of our time.

The Book Thief should be ranked with the popular classics from foregone eras.  A classic has been defined as:  judged over a period of time to be of the highest quality and outstanding of its kind. A work of art of recognized and established value.  The Book Thief is just that and is certainly worthy of a prestigious location on every book lover's bookshelf. 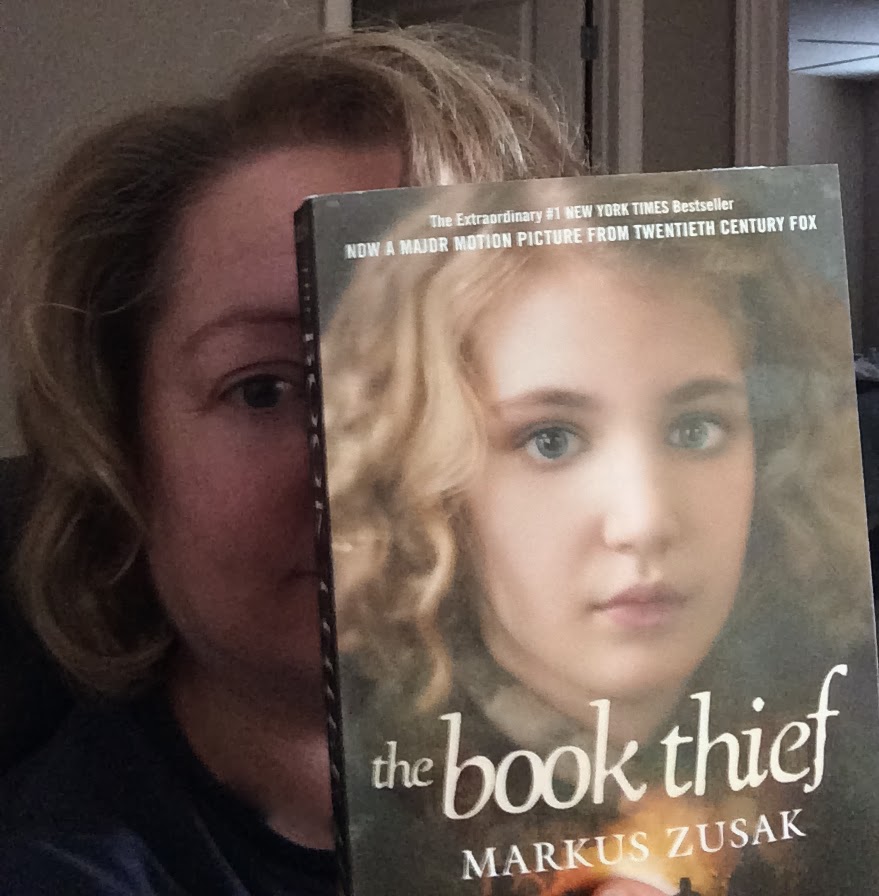 I began The Book Thief the beginning of January as my first book of the year but time constraints necessitated it being put aside until recently when I had the time and opportunity to immerse myself in Liesel's world in Germany pre-war to war era.  Everyone I've spoken with of late has heard from me about this fabulous novel that I was so in love with.  I could hardly put it down and anxiously picked it up at every opportunity, so involved in this incredibly powerful tale.

The Book Thief opens with an introduction by Death as the narrator.  Not a grim reaper, but a being of great empathy and love for those he serves.  At this period of time Death is very busy, the war is a harsh task master and Death exhibits sadness at the loss of so many innocent lives, "For me, the sky was the color of Jews."  (page 349)  "I picked up each soul that day as if it were newly born. I even kissed a few weary, poisoned cheeks ... I watched their love visions and freed them from their fear." (page 350).

The most compelling character is Liesel Meminger.  We meet her as a young girl fresh off the train, passed into the hands of foster parents Hans Huberman and his wife Rosa.  Hans is a wonderful old patient soul with silver eyes and a gift for the accordion while his wife is terse and generous with expletives but beneath the rough exterior she hides a warm heart.  "She was a good woman for a crisis."  Liesel is a feisty personality who suffers nightly from nightmares about her brother's death which she witnessed aboard the train enroute to Molching, home of her foster parents to be.

Her first act of thievery occurs at her brother's graveside where she finds The Gravedigger's Handbook from which Papa (Hans) helps her learn to read as part of a nightly ritual that follows Liesel's nightmares. She has the bug and yearns for books and words.  Her second book is rescued from the ashes of a Nazi book burning and from there the mayor's wife's library falls victim.

Liesel and her best friend Rudy witness firsthand the Nazi regime in action.  The Jewish businesses closed, the people thwarted and paraded through town on their way to concentration camps.  The two friends rebel against the Fuhrer with thievery of food, some of which they drop as pieces of bread ahead of the parades for the prisoners.  One similar act of kindness earned a whipping by a Nazi soldier.

That act of kindness was towards a young man, Max, who had been hidden in the basement of the Hubermans.  Max's father had saved Hans' life in an earlier war, losing his own, and as repayment they hid the young Jewish man until the bombing began and it was no longer safe for any of them.  Max left one day in a tearful goodbye and wasn't seen until the day of the parade.  He was thin and weak from starvation and cruelty at the hands of the soldiers.  A prisoner of war on his way to the camps.

There were many cruelties in that small town in Germany.  A lot for a couple of young kids to witness and it changed them perceptibly.  To read of them in a book initially written for an adult audience in New Zealand and placed in the YA readership here and in the US, one can visualize the horrors as seen through the eyes of the young.  The war influenced their choices and their lives.  This book has been touted as life altering and it can be.  While The Book Thief has been marketed here for a YA audience, it holds appeal for adults as well.  The imagery, the flow of the written word, the effect of it all impresses upon the mind and the heart.  It is a masterpiece that has rightfully earned wide appeal and hearty recommendations. 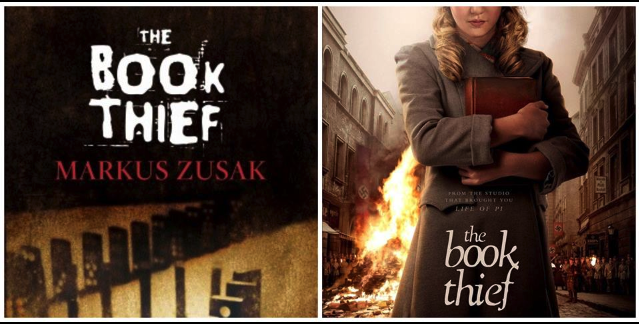