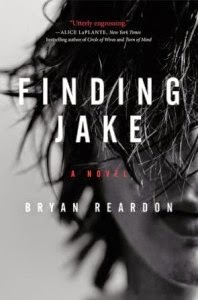 A heart-wrenching yet ultimately uplifting story of psychological suspense in which a parent is forced to confront what he does—and does not—know about his teenage son.

For sixteen years, Simon Connelly's successful wife has gone to her law office each day, while he has stayed home to raise their children. Though Simon has loved taking care of Jake and Laney, it has cost him a part of himself, and has made him an anomaly in his pretty, suburban neighborhood—the only stay-at-home dad among a tight circle of mothers.

Shepherding them through childhood, the angst-ridden father has tried to do the best for the kids, even if he often second-guesses his choices. For sunny, outgoing Laney, it's been easy. But quiet Jakehas always preferred the company of his books or his sister to playdates and organized sports. Now that they are in high school, Simon should feel more relaxed, but he doesn't. He's seen the statistics, read the headlines.

Then, on a warm November day, he receives a text: There has been a shooting at the high school.

Racing to the rendezvous point, Simon is forced to wait with scores of other anxious fathers and tearful mothers, overwhelmed by the disturbing questions running through his head. How many victims were there? Why did this happen? One by one, parents are reunited with their children. Their numbers dwindle, until Simon is alone. Laney has gone home with her mom. Jake is the only child missing.

As his worst nightmare unfolds, Simon begins to obsess over the past, searching for answers, for hope, for the memory of the boy he raised, for the mistakes he must have made, for the reason everything came to this. Where is Jake? What happened in those final moments? Is it possible he doesn't really know his son? Or he knows him better than he thought? Jake could not have done this—or could he?

As rumors begin to ricochet, amplified by an invasive media, Simon must find answers. But there is only one way to understand what has happened . . . he must find Jake.

A story of faith and conviction, strength and courage, love and doubt that is harrowing and heartbreaking, surprisingly healing and redemptive, Finding Jake asks us to consider how well we know ourselves . . . and those we love.

"Shots have been fired at the high school.  Calmly report to St. Michael's across Route 5."

This is the text every parent received.  Even more horrific, was word that Jake, Simon and Rachel's son, was not among the students accounted for.  Could he have been involved or had he been killed?

The author slips back in time, recounting Simon's memories of the birth and childhood of his son.  His mind searching, probing, questioning... was there any hint that Jake could have done something like this?  As Simon recounts memories of the often quiet and shy child, he begins to wonder what went wrong.  He began to question the innocence he hoped for.

As a parent I could feel Simon's pain, his questions were the same I know I would ask myself.  What went wrong?  Was Jake capable of murder?  Did his friendship with the boy who shot himself also mean he was involved?  Did he try to stop him?  Did he run away and was in hiding?

As the details begin to unfold, the truth becomes clear. Finding Jake's plot is a psychological suspense that begs the reader to question how well do we really know our children, our spouse, our neighbours?  Can you trust your own instincts?

I will not soon forget Finding Jake.  Reardon makes you think, feel and question.  It's an amazing and emotional read which I highly recommend! 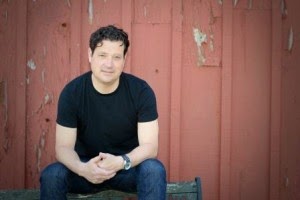 Bryan Reardon is a freelance writer specializing in medical communications. He co-wrote Ready, Set, Play with retired NFL player and ESPN analyst Mark Schlereth and Cruel Harvest. Prior to becoming a full-time writer, Bryan worked for the State of Delaware for over a decade, starting in the Office of the Governor. He holds a BA in psychology from the University of Notre Dame and lives in West Chester, Pennsylvania, with his wife, kids, and rescue dog, Simon.
Connect with Bryan on Facebook. 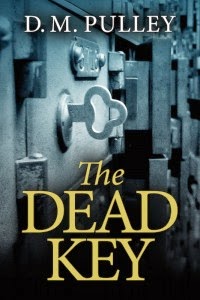 The Dead Key
Author:  D. M. Pulley
Published:  March 1, 2015
Publisher:  Thomas and Mercer
Pages:  477
Genre:  mystery
Source:  a copy was provided by the publisher in coordination with TLC book tours in exchange for an honest and unbiased review.

It’s 1998, and for years the old First Bank of Cleveland has sat abandoned, perfectly preserved, its secrets only speculated on by the outside world.
Twenty years before, amid strange staff disappearances and allegations of fraud, panicked investors sold Cleveland’s largest bank in the middle of the night, locking out customers and employees, and thwarting a looming federal investigation. In the confusion that followed, the keys to the vault’s safe-deposit boxes were lost.
In the years since, Cleveland’s wealthy businessmen kept the truth buried in the abandoned high-rise. The ransacked offices and forgotten safe-deposit boxes remain locked in time, until young engineer Iris Latch stumbles upon them during a renovation survey. What begins as a welcome break from her cubicle becomes an obsession as Iris unravels the bank’s sordid past. With each haunting revelation, Iris follows the looming shadow of the past deeper into the vault—and soon realizes that the key to the mystery comes at an astonishing price.

My thoughts:
Finally I've had some time to sit and read and it looks like The Dead Key was just waiting for me.  I couldn't be more pleased to have picked up this debut novel to hunker down with.  It was difficult to put it down after breaks at work were done and the chapters flew by.  Finally got a day off due to bad weather; it's snowing!!
The Dead Key is a fascinating story of two women, in different time periods and how their lives intersect.  1978 the Cleveland bank shut down without explanation.  Staff were locked out and customers were not allowed access.  There's a huge secret hidden in those walls of solid wood, tin ceilings and marble executive bathrooms.  When Iris Catch is given the assignment to draw out the floor plans for the abandoned bank, she uncovers some oddities and can't control her curiosity.  Hidden rooms, a safety deposit key, missing records.... all beg her attention.  Dangerously so....
The Dead Key is one of those hard to put down novels that captivates you and has you turning the chapters late into the night.  I love a book that draws you in so close you lose track of time and the outside world.  Good thing, considering the outside world is white and cold today. Having just finished, I must recommend this book!  Treachery, lies, forbidden attraction....need I say more? 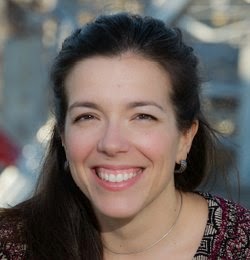 D. M. Pulley’s first novel, The Dead Key, was inspired by her work as a structural engineer in Cleveland, Ohio. During a survey of an abandoned building, she discovered a basement vault full of unclaimed safe deposit boxes. The mystery behind the vault haunted her for years, until she put down her calculator and started writing. The Dead Key was the 2014 Amazon Breakthrough Novel Award grand prize winner. Pulley continues to work as a private consultant and forensic engineer, investigating building failures and designing renovations. She lives in northeast Ohio with her husband and two children, and she is currently at work on her second novel.