Reading is that Fruitful Miracle ..... 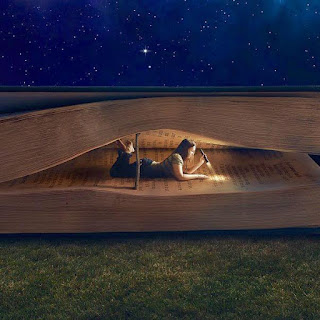 "Reading is that fruitful miracle of a communication in the midst of solitude."

Marcel Proust
digital art; Alex Colmedo
Posted by Shirley at 9:17 AM No comments: 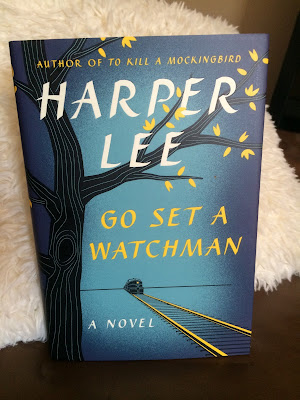 Review to follow shortly
Posted by Shirley at 1:49 PM No comments: 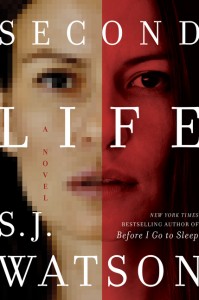 From the New York Times bestselling author of Before I Go to Sleep, a sensational new psychological thriller about a woman with a secret identity that threatens to destroy her.
How well can you really know another person? How far would you go to find the truth about someone you love?
When Julia learns that her sister has been violently murdered, she must uncover why. But Julia’s quest quickly evolves into an alluring exploration of own darkest sensual desires. Becoming involved with a dangerous stranger online, she’s losing herself . . . losing control . . . perhaps losing everything. Her search for answers will jeopardize her marriage, her family, and her life.
A tense and unrelenting novel that explores the secret lives people lead; and the dark places in which they can find themselves Second Life is a masterwork of suspense from the acclaimed S. J. Watson.
Julia has a loving husband and son, a career as a photographer and a secret.  Jayne has a lover, likes playing games, taking risks...within reason.  Jayne also has a husband and a son and is Julia's secret.  Jayne is Julia's alternate - the person she becomes in her determination to find her sister's killer and if that means taking on an alternate lifestyle, she's willing.  She'll play the games ... have an affair.  But then she begins to have feelings for Lukas.  Lukas has secrets too.  There's a side of him that seems sinister but then he can explain or make her think she's misjudged him.  He's playing the mind games and because she doesn't follow her gut, doesn't question him until it's too late, she's trapped.
Worried her husband will find out and she may lose her son, Julia is thrown deeper into a life of betrayal, of sinister mysteries, of life and death and she can't get out.  Not without betraying herself.  It may be too late... too late for her marriage and too late for herself.
Before I Go To Sleep was a spell-binding, page turner that was, incredibly, S.J. Watson's first novel.  Now he has returned with Second Life, another that is truly "unrelenting" in its narrative and plot.  It's hard to put down.  The antagonist is well-hidden and the reader may guess the identity of the killer and yet, you wonder.  There's an odd clue here and there, hidden...almost unseen.  It's not until the very end, the last three pages in fact, that real truths are revealed.
Though at times I could have yelled Julia for being so daft; there are times I understand her and feel compassion for her situation.  Watson has developed Julia with keen attention to the frailties of humanity.  Her strengths and weaknesses are imbalanced, just as anyone in crisis can be, so her actions and reactions appear viable.  Her priorities become out of whack, the deeper she delves into her deception. Her husband Hugh can see the lack, he calls her on it more than once but he has no idea, no inkling of what is really going on at all. At the end, he is just as surprised as anyone how the plot unfolds.  Second Life is another testament to Watson's ability to develop a good supporting cast in a plot that twists and conceals and shocks at its final reveal.
For suspense, mystery and psychological thriller lovers; Second Life should be the next book on your TBR list.
Warning:  explicit language and sexual situations
Meet the Author: 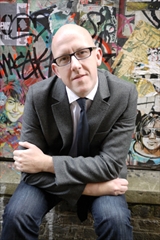 S. J. Watson was born in the Midlands and lives in London. His first novel was the award-winning Before I Go to Sleep, which has sold over four million copies in more than forty languages around the world. It was recently adapted into a major motion picture starring Nicole Kidman, Colin Firth, and Mark Strong.
Find out more about S.J. at his website, and follow him on Facebook and Twitter.