Good day and welcome!  Thank you for visiting this blog.  Join me here often, put your feet up, and read reviews of some of my favorites.  Looking for something to read this summer?  I recently bought Nicholas Sparks' new novel "The Lucky One"   So check back here soon to get the inside voice.  In the meantime, what are you reading?
Posted by Shirley at 7:55 AM No comments:

Email ThisBlogThis!Share to TwitterShare to FacebookShare to Pinterest
Labels: Nicholas Sparks, The Lucky One, welcome 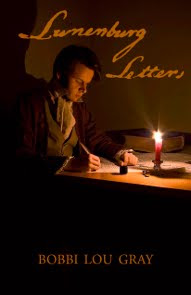 Two families separated by circumstance, join the exodus of settlers from Germany in pursuit of a new life.  They are farmers, hardworking and desirous of a promised land where they will escape religious persecution.  Somewhere where they will have their own land and provisions to begin a new life.  Along the journey the families aboard the ships are bombarded at the toll stations by agents looking to bring families to Pennsylvania.  Agents who claim the land is better, more fertile there. Initially the promise of Nova Scotia, freedom and ownership brought them to this journey.  Now they must choose between Nova Scotia and Pennsylvania.  However will they decide?

Enter two young people in love.  Once neighbours, now separated as one family leaves ahead of the other to sail to a new world, they endure the hardships of disease, spoiled food, and the ravages of sea travel, hoping to reunite when they reach their journeys end.  Each searches for the other but without success.  What if one went to one destination and the other somewhere else?  How will they ever find each other?

An excellent and fast read that is difficult to put down.  Accurate in its history, an intricate look into the lives of those who paved the way for us.  This reader is happy to know there is a sequel in the works.

Note:  A first novel, Lunenberg Letters is the culmination of years of family history research by the author, Bobbi Gray.  Her own family makes up some of the background characters in this historical novel.  The trials and triumphs are real.  Fiction is used to embellish the story for lack of information but is believable and probable.

Family History Research (genealogy) is the fastest growing "hobby" in the world!!
Posted by Shirley at 12:15 PM 5 comments: