After I'm Gone by Laura LIppman 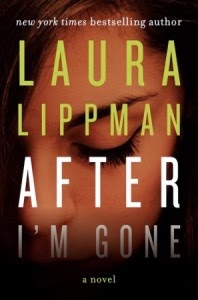 Laura Lippman, the acclaimed New York Times bestselling author of The Most Dangerous Thing, I’d Know You Anywhere, and What the Dead Know, returns with an addictive story that explores how one man’s disappearance echoes through the lives of the wife, mistress, and daughters he left behind.
When Felix Brewer meets Bernadette “Bambi” Gottschalk at a Valentine’s Dance in 1959, he charms her with wild promises, some of which he actually keeps. Thanks to his lucrative—if not all legal—businesses, she and their three little girls live in luxury. But on the Fourth of July, 1976, Bambi’s comfortable world implodes when Felix, newly convicted and facing prison, mysteriously vanishes.
Though Bambi has no idea where her husband—or his money—might be, she suspects one woman does: his mistress, Julie. When Julie disappears ten years to the day that Felix went on the lam, everyone assumes she’s left to join her old lover—until her remains are eventually found.
Now, twenty-six years after Julie went missing, Roberto “Sandy” Sanchez, a retired Baltimore detective working cold cases for some extra cash, is investigating her murder. What he discovers is a tangled web stretching over three decades that connects five intriguing women. And at the center is the missing man Felix Brewer.
Somewhere between the secrets and lies connecting past and present, Sandy will find the truth. And when he does, no one will ever be the same.
My thoughts:

After I'm Gone is quite unlike Lippman's previous works of mystery fiction.  A fictionalized missing person's story based loosely upon a Bostonian bookmaker, After I'm Gone explores not only the disappearance of a fictional Felix, but the lives of his wife, three daughters, and his mistress Julie.

What Felix lacks in looks and stature, he makes up in charisma and drive.  Upon meeting his wife to be, Bambi, at a dance he and two buddies crash; he determines to make the beauty his wife, promising riches and an exciting life.  Felix, however, has a roaming eye and is often carrying on with another woman, Julie being his main interest beyond Bambi.

Felix and Bambi have three daughters and a beautiful home but the likelihood of jail time proves the cowardice of this man as he makes a run for it with Julie's help, disappearing with his fortune.  He left his only legitimate business, a little cafe, to Julie and very little for his wife and three daughters.

Then, almost ten  years to the date of Felix's disappearance, Julie disappears.  It is suspected she reunited with Felix and no one hears from her again.   Retired Baltimore detective "Sandy" Sanchez is commissioned by the police department to take on cold case crimes and the case of this missing bookmaker and subsequently his lover, become his focus.

It is when Julie's body is discovered that Sanchez delves into this investigation.  The scorned wife and now grown/almost grown daughters are of particular interest to him in Julie's death. They have very obvious motives for her possible murder but as jealous and destitute as they've become, are they murderers?

Of course, I kept going back to Felix's "business."  In his line of work there are obviously sufficient people of interest to consider. The ladies of Felix's life may have motive as well, including jealousy.

I've read and enjoyed Lippman's mysteries previously but After I'm Gone reads more like women's fiction with a twist.  I was looking forward to suspense and drama.  This book isn't that kind of book.  The focus is more on the family left behind following the disappearance of husband and father.  For that I was slightly disappointed.  But if I approach it as women's fiction, then Lippman has written a compelling character driven novel with a twist of an ending more in keeping with her reputation as a mystery writer.  Either way, you will be entertained because Lippman knows how to write a good tale. 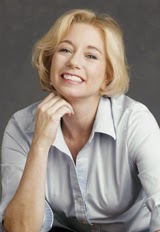 Laura Lippman grew up in Baltimore and returned to her hometown in 1989 to work as a journalist. After writing seven books while still a full-time reporter, she left the Baltimore Sun to focus on fiction. The author of two New York Times bestsellers, What the Dead Know and Another Thing to Fall, she has won numerous awards for her work, including the Edgar, Quill, Anthony, Nero Wolfe, Agatha, Gumshoe, Barry, and Macavity.
To learn more about Laura’s work, visit her website or connect with her on Facebook.