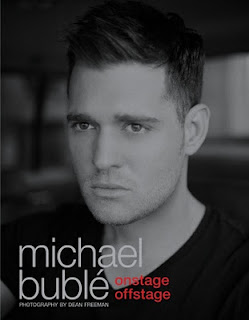 
"An intimate portait, in pictures and his own words, of the enormously successful Canadian singer Michael Bublé became an international phenomenon with the release of his first, self-titled album of 2003, which reached the top ten in Canada and in the UK. Since then he has sold more than 25 million albums, and filled concert halls and stadiums worldwide.

OnStage OffStage is an intimate portrait of this extraordinary singer, told in his own words and through the photographs of Dean Freeman. Bublé talks about his BC upbringing, his early nightclub days, the excitements and temptations of fame, and the sometimes gruelling demands of the road. Buble is a man who takes his music seriously, and himself less so, telling his story with refreshing candour and frequent flashes of self-deprecating humour. You might be tempted to use the expression "warts and all" -- except that the stunning photos in this book clearly show he doesn't have any. But they do capture Bublé in his every mood and in every setting, at home and at leisure, in rehearsal, in the heat of peformance. OnStage OffStage adds up to the second closest encounter any fan could wish for." (From the publisher's site)


On Stage Offstage is a beautifully illustrated coffee table book that admirers of this young crooner will cherish.  Beginning with a short history of Michael Buble's life, his dreams and the road to his career, Michael shares with his fans an intimate view.  The journey begins in a manner much like many of us, singing into a hairbrush. Michael's determination, desire and incredible talent and perseverance took him from local clubs and weddings in Vancouver to the meteoric rise which included meeting David Foster, Paul Anka, and Tony Bennett.  All were accomplished and admired by Michael.  To work with them, to emulate the masters, is a dream come true.


Today Michael is married to beautiful Luisana, an actress from Argentina (they married April of 2011).  His time is divided with tours, family and friends and the love of his life, his wife Lu.  Life
is good, though incredibly hectic.  The trip here was tough but worth it 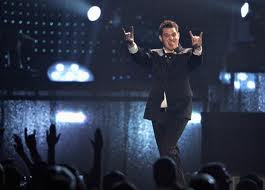 Some little tidbits I learned about Michael are:

*the beautiful blonde in this video is his wife who flew home from Argentina for one day, taking the red eye, to film this with her husband Michael.  The choreography was done by the same choreographer, Kenny Ortega, who orchestrated the parade dance scene in 'Ferris Bueller's Day Off'.

"Michael Bublé, born in 1975, is a Canadian singer. He has won several awards, including two Grammies and multiple Junos. He has sold more than 25 million albums worldwide and his concerts have grossed $65 million.

Dean Freeman has achieved critical acclaim photographing major cultural figures, including sporting icons and musicians. He is now one of the most sought after photographers of celebrity and reportage in Europe. In recent years the huge sales of his books, including Just for the Record with Geri Halliwell, Forever Spice with The Spice Girls and My World with David Beckham, have cemented his reputation." (from the publisher's site) 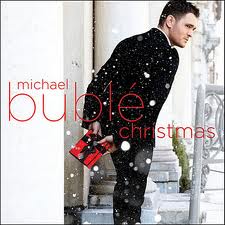