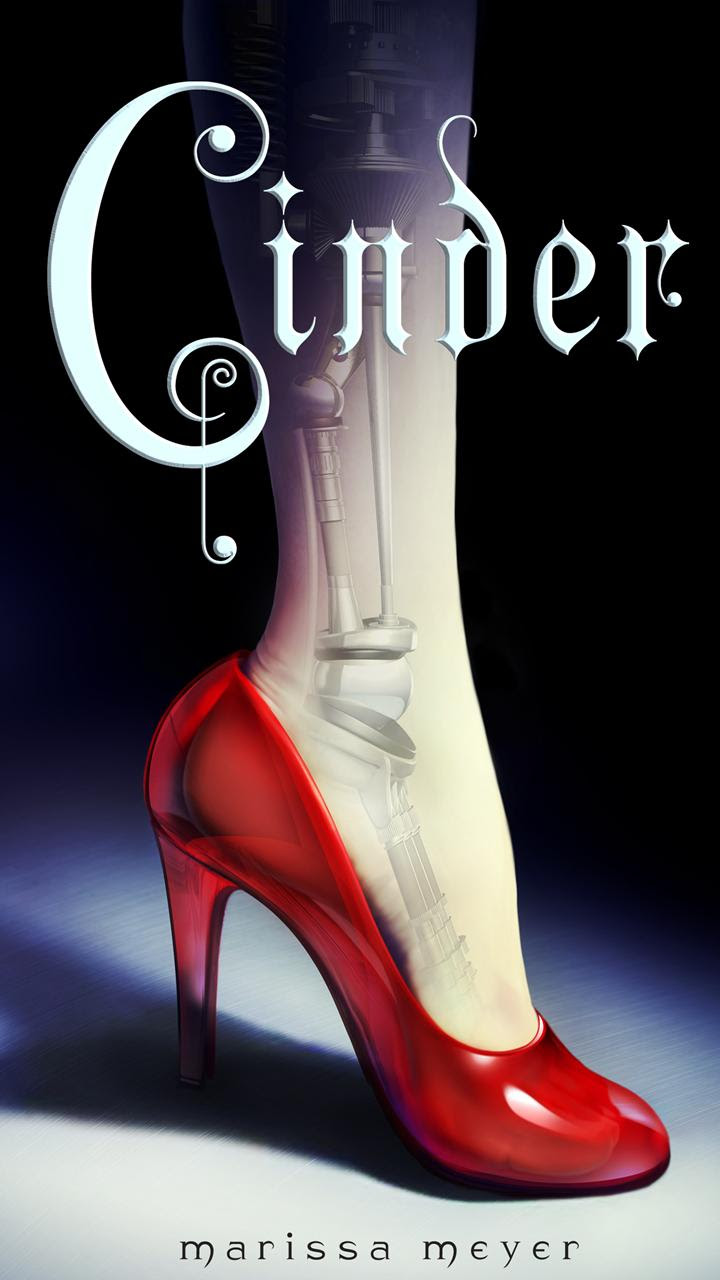 Humans and androids crowd the raucous streets of New Beijing. A deadly plague ravages the population. From space, a ruthless lunar people watch, waiting to make their move. No one knows that Earth’s fate hinges on one girl. . . .
Cinder, a gifted mechanic, is a cyborg. She’s a second-class citizen with a mysterious past, reviled by her stepmother and blamed for her stepsister’s illness. But when her life becomes intertwined with the handsome Prince Kai’s, she suddenly finds herself at the center of an intergalactic struggle, and a forbidden attraction. Caught between duty and freedom, loyalty and betrayal, she must uncover secrets about her past in order to protect her world’s future.

Review:
Dystopian fiction, young adult none-the-less, is not my first choice in reading materials but Marissa Meyer surprised me with Cinder, her new take on the Cinderella story.  The story is set in the future, in New Beijing, where Cinder lives with her stepmother and two stepsisters.  Cinder works as a mechanic, fixing robots and anything computerized.  And she is a cyborg!
Prince Kai is destined to be emperor and every young lady wants to meet him and hopes to dance with him at the ball.  Upon meeting Cinder in the marketplace, where he takes his robot for repairs, Prince Kai is interested, he even asks her to the ball but Cinder has no plans to attend the ball.  After all, she is a cyborg, part human, part mechanical, and she has no gown!
That portion of the story loosely resembles the classic fairytale but Marissa Meyer takes Cinder in a new direction including a plague that kills everyone, almost, a wicked queen from the moon, an impending war if Prince Kai doesn't agree to a marriage pact with her, and a determined scientist trying to find a cure.  Cinder plays a vital role in all the issues.
From the first chapter, I was taken in by Cinder's story.  Cinder is a strong protagonist who battles herself as much as she battles the environment of the day.  I love the unique angle on what was once a favourite fairy tale.  With a twist here and there, Cinder sweeps you along until the last chapter where you are left dangling, hoping the second book will answer the questions of the cliffhanger ending.
Rated 4/5