`Minding Frankie is a story about unconventional families, relationships which aren't quite what they seem, and the child at the heart of eveyone's lives...."

My thoughts (spoiler alert):
A study in human nature, Maeve Binchy`s novel Minding Frankie introduces us to a young unwed mother-to-be, Stella, who lies in a hospital bed with the due date drawing near. Stella is terminal and she is about to bring into the world a little daughter; but in doing so, she knows it will mean the end of her own life.  Desperate that her daughter, Frankie, will have a home and secure childhood (p.40), she contacts Noel to inform him that the one night they shared resulted in this pregnancy and that he is the father.  Would he raise this little girl?

Though full of self-doubt and fighting the disease of alcoholism, Noel determines he will do just that.  He changes his life, attends AA, goes back to school, moves out of his parents` home and takes little Frankie in to his life and his heart.  A myriad of characters, some from previous Binchy novels, are cast here as friends and family and caregivers for Frankie.  Little Frankie draws everyone together, like a close-knit family, as the neighborhood pitches in to help Noel care for her.

Moira, who had a terrible childhood which created the proverbial block on her shoulder, is the social worker on the scene.  She is determined to undermine the situation, to find fault and proof that Noel is unfit as a father.  She can`t see the contributions of the community as a whole, nor accept Noel as a fit parent.

``It was all too bitty, Moira thought: a flimsy, daisy chain of people, like the cast of a musical.  If one link blew away, everything could crash to the ground....She was watching with very sharp eyes for anything to go out of step." (p. 138)

The community sets out to prove her wrong and in doing so, finds each member thereof changed for the better.

Noel returns to school, enlisting loved ones and friends to assist with minding Frankie.  In doing so, he knows he will better be able to create a good and stable life for him and Frankie.  At his graduation ceremony he toasts family and friends, ``I think that, as the President said earlier, we owe a huge debt of gratitude to our families and friends and that we three should raise a toast to you also.  Without you all, we wouldn't have been able to do this and have this great graduation day and feast.  To the families and friends."he said. (p.380)

This speech is in recognition not only of the support he had to continue his studies but a genuine thank you to all who made it possible by caring for the little girl for whom he sacrificed so much but gained exponentially.

This is a heartwarming and, at times, tearful story of love and unconventional families.  Binchy doesn't shy away from issues such as alcoholism nor does she make light of what it takes to raise a child.  We've heard it before and Minding Frankie reminds us, it takes a village to raise a child.

About the author:
Maeve Binchy was born in County Dublin and educated at the Holy Child convent in Killiney and at University College, Dublin.  After a spell as a teacher, she joined the Irish Times.  Her first novel, Light a Penny Candle, was published in 1982, and since then she has written many bestsellers.  Maeve Binchy was awarded a Lifetime Achievement Award by the RNA in 2010.  She is married to the writer and broadcaster Gordon Snell. 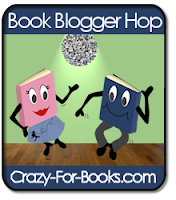 I'm joining the Book Blogger Hop with href="http://www.crazy-for-books.com">Crazy for Books.  Come along to see who is participating this week.

Q: If you were given the chance to spend one day in a fictional world (from a book), which book would it be from and what would that place be?  I am having a difficult time thinking of a fictional world other than Narnia, from Chronicles of Narnia.  I think the charm of it is the talking animals and the union of the animals with the three children to fight for their world and freedom.


Beyond fictional worlds, should I select a real life location to visit for a day (actually one day is certainly not enough) it would be Tuscany from Under the Tuscan Sun.  The piazza, Cortona, the sprawling fields of sunflowers and the towering cypress are all visually enticing to me but certainly don't minimize the draw of the food and the more laid back look at life in general.  This view is also mentioned in the book version of Letters to Juliet. These two books, which were made into movies, have given me a yearning for Italy and things Italiana.

Should you wish to have me review your book on this blog, please visit