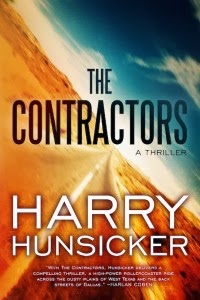 In THE CONTRACTORS (Thomas & Mercer; February 4, 2014), acclaimed thriller writer Hunsicker turns his attention to the shadowy world of private military contractors and the hypocrisies of the War on Drugs, delivering a heart-pounding, complex standalone thriller in the vein of James Ellroy’s Underworld U.S.A. series.
Disgraced ex-Dallas PD officer Jon Cantrell carries a DEA badge, but he’s not a federal agent. Rather, he works for a private contracting company, busting drug shipments along the U.S.-Mexico border for commission. When Cantrell and his partner-slash-lover Piper confiscate the wrong load, they find themselves in possession of a star witness in an upcoming cartel trial, a mysterious piece of hotly sought after scanning equipment, and the ire of the largest criminal cartel in the Americas.
To clear things up and collect their paycheck, all they need to do is deliver the witness, Eva Rodriguez, to the US attorney across the state in Marfa. Except Eva’s got ideas – and pursuers – of her own, and the trio soon find themselves in the crosshairs of an all-out war between the cartel, a group of competing contractors, and a corrupt Dallas police officer with everything to lose.
A fast-paced, action-packed thrill ride into the strange borderlands of the modern global drug trade, THE CONTRACTORS will have you hooked until the explosive final act.

The Contractors is a weighty novel and not just due to its lengthy 514 pages.  Dealing with government corruption, drug smuggling, prostitution and human trafficking; it's a heavy hitter.

Eva Rodriguez has a price on her head.  A drug cartel wants her dead, private contractors including Jon and Piper hunt her for a price, and those you'd expect to protect her may be too corrupted to do so.

The novel begins with Jon facing a gun aimed at him by his partner, a fellow contractor with whom he'd been working and having a day to day long-running affair.  Before the reader can question what went wrong, or if/why Piper changed alliances; we are transported to the beginning of their relationship to a time when both are private contractors vying for the same cut in delivering a young girl captive in a brothel.  They join alliances, after all two heads and guns are better than one in the war against drug and girl running, and they make a fabulous team.

The story is a quick-paced action packed novel with virtually no down time but that isn't to say there's no character nor plot development because there is.  The 514 pages whirl past in a stream of guns blazing, captures and bad guys with no place to rest.  It feels like an action packed crime drama has released within your very hands and the book quickly runs from A to B, leaving the reader breathless with the anticipation and velocity of it all.  When done, you close the book and catch your breath.  So that's what it's like fighting a drug cartel....in the heat of Texas.....thinking your back is covered but perhaps you're wrong....

For the crime drama fan, The Contractors definitely has a lot to offer.  Why watch it on tv when you can read it! 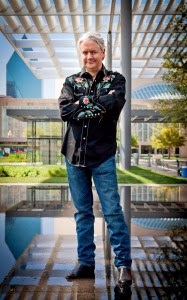 Harry Hunsicker is the former executive vice president of the Mystery Writers of America and the author of three previous novels, crime thrillers set in Texas. His debut novel, Still River, was nominated for a Shamus Award by the Private Eye Writers of America. His short fiction has been nominated for the Thriller Award by the International Thriller Writers and selected for inclusion in The Best American Mystery Stories of 2011, edited by Otto Penzler and Harlan Coben. Hunsicker lives in Dallas, a fourth-generation native of the city. When not writing, he works as a commercial real estate appraiser and an occasional speaker on the creative process.