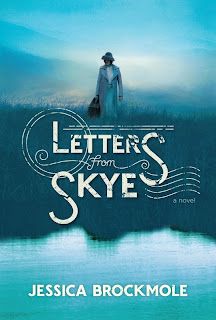 A sweeping story told in letters, spanning two continents and two world wars, Jessica Brockmole’s atmospheric debut novel captures the indelible ways that people fall in love, and celebrates the power of the written word to stir the heart.
March 1912: Twenty-four-year-old Elspeth Dunn, a published poet, has never seen the world beyond her home on Scotland’s remote Isle of Skye. So she is astonished when her first fan letter arrives, from a college student, David Graham, in far-away America. As the two strike up a correspondence—sharing their favorite books, wildest hopes, and deepest secrets—their exchanges blossom into friendship, and eventually into love. But as World War I engulfs Europe and David volunteers as an ambulance driver on the Western front, Elspeth can only wait for him on Skye, hoping he’ll survive.
June 1940: At the start of World War II, Elspeth’s daughter, Margaret, has fallen for a pilot in the Royal Air Force. Her mother warns her against seeking love in wartime, an admonition Margaret doesn’t understand. Then, after a bomb rocks Elspeth’s house, and letters that were hidden in a wall come raining down, Elspeth disappears. Only a single letter remains as a clue to Elspeth’s whereabouts. As Margaret sets out to discover where her mother has gone, she must also face the truth of what happened to her family long ago.
Sparkling with charm and full of captivating period detail, Letters from Skye is a testament to the power of love to overcome great adversity, and marks Jessica Brockmole as a stunning new literary voice.
My thoughts:
It all starts with a fan letter and becomes Letters From Skye to the states and back, growing into something much more.  Years later the coincidental likeness of daughter Margaret's relationship to her own, stirs deep seated feelings within Elspeth.  She tries to warn Margaret of the dangers but as is often the case of young love, it falls upon deaf ears.  It takes a bomb and her mother's disappearance for Margaret to begin to understand.  The clues are few but Margaret must know.
This debut at first reminded me of The Guernsey Literary and Potato Peel Pie Society  which I love.  Both stories were revealed through the correspondence of the characters.  Both occur over the same time period, that during world war.  Both take place overseas.
The characters are different.  Their stories dissimilar.  Only the circumstances bear a resemblance but Jessica Brockmole crafts a story of love and secrecy that allows this novel to stand on its own and it succeeds incredibly well.
The personalities of Elspeth and David are quirky, a little eccentric, and smart.  It's no wonder a love develops between the two.  I loved to read how they encouraged each other, drew out desires, withdrew fears and hopes and dreams.  I enjoyed seeing their love blossom.
I understand Elspeth's fear for Margaret who has fallen in love with an air force pilot during what is yet again war time.  It must have felt very much like de ja vu.  We learn of these fears through correspondence so we feel of these emotions more than we hear them.  I think that is hard to do but Jessica accomplishes it with ease.
For lovers of historical romance; an emotional tale that is joyous, sad and yet hopeful; it's all here.  All in all Letters From Skye is a beautiful story that I will read again and I would most definitely recommend it. 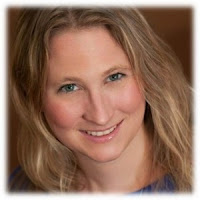 Jessica Brockmole spent several years living in Scotland, where she knew too well the challenges in maintaining relationships from a distance.  She plotted her first novel on a long drive from the Isle of Skye to Edinburgh.  She now lives in Indiana with her husband and two children.
To learn more about Jessica and her work, visit her website atwww.jabrockmole.com.