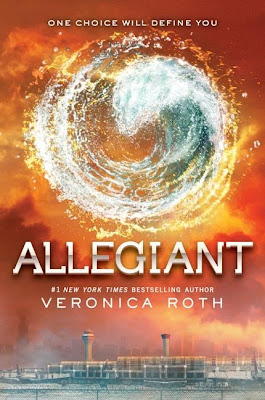 One choice will define you.

What if your whole world was a lie?
What if a single revelation—like a single choice—changed everything?
What if love and loyalty made you do things you never expected?

The faction-based society that Tris Prior once believed in is shattered—fractured by violence and power struggles and scarred by loss and betrayal. So when offered a chance to explore the world past the limits she’s known, Tris is ready. Perhaps beyond the fence, she and Tobias will find a simple new life together, free from complicated lies, tangled loyalties, and painful memories.

But Tris’s new reality is even more alarming than the one she left behind. Old discoveries are quickly rendered meaningless. Explosive new truths change the hearts of those she loves. And once again, Tris must battle to comprehend the complexities of human nature—and of herself—while facing impossible choices about courage, allegiance, sacrifice, and love.

Told from a riveting dual perspective, Allegiant, by #1 New York Times best-selling author Veronica Roth, brings the Divergent series to a powerful conclusion while revealing the secrets of the dystopian world that has captivated millions of readers in Divergent and Insurgent. (from Goodreads) 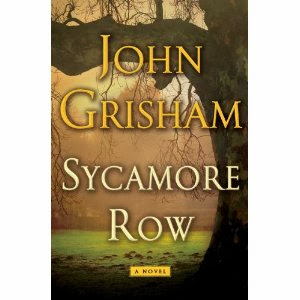 The follow-up to A Time To Kill by John Grisham

John Grisham takes you back to where it all began . . .

John Grisham's A Time to Kill is one of the most popular novels of our time. Now we return to that famous courthouse in Clanton as Jake Brigance once again finds himself embroiled in a fiercely controversial trial-a trial that will expose old racial tensions and force Ford County to confront its tortured history.

Seth Hubbard is a wealthy man dying of lung cancer. He trusts no one. Before he hangs himself from a sycamore tree, Hubbard leaves a new, handwritten, will. It is an act that drags his adult children, his black maid, and Jake into a conflict as riveting and dramatic as the murder trial that made Brigance one of Ford County's most notorious citizens, just three years earlier.

The second will raises far more questions than it answers. Why would Hubbard leave nearly all of his fortune to his maid? Had chemotherapy and painkillers affected his ability to think clearly? And what does it all have to do with a piece of land once known as Sycamore Row?

In Sycamore Row, John Grisham returns to the setting and the compelling characters that first established him as America's favorite storyteller. Here, in his most assured and thrilling novel yet, is a powerful testament to the fact that Grisham remains the master of the legal thriller, nearly twenty-five years after the publication of A Time to Kill. (from Goodreads)


*** How excited are you?  Did you pre-order either of these books?